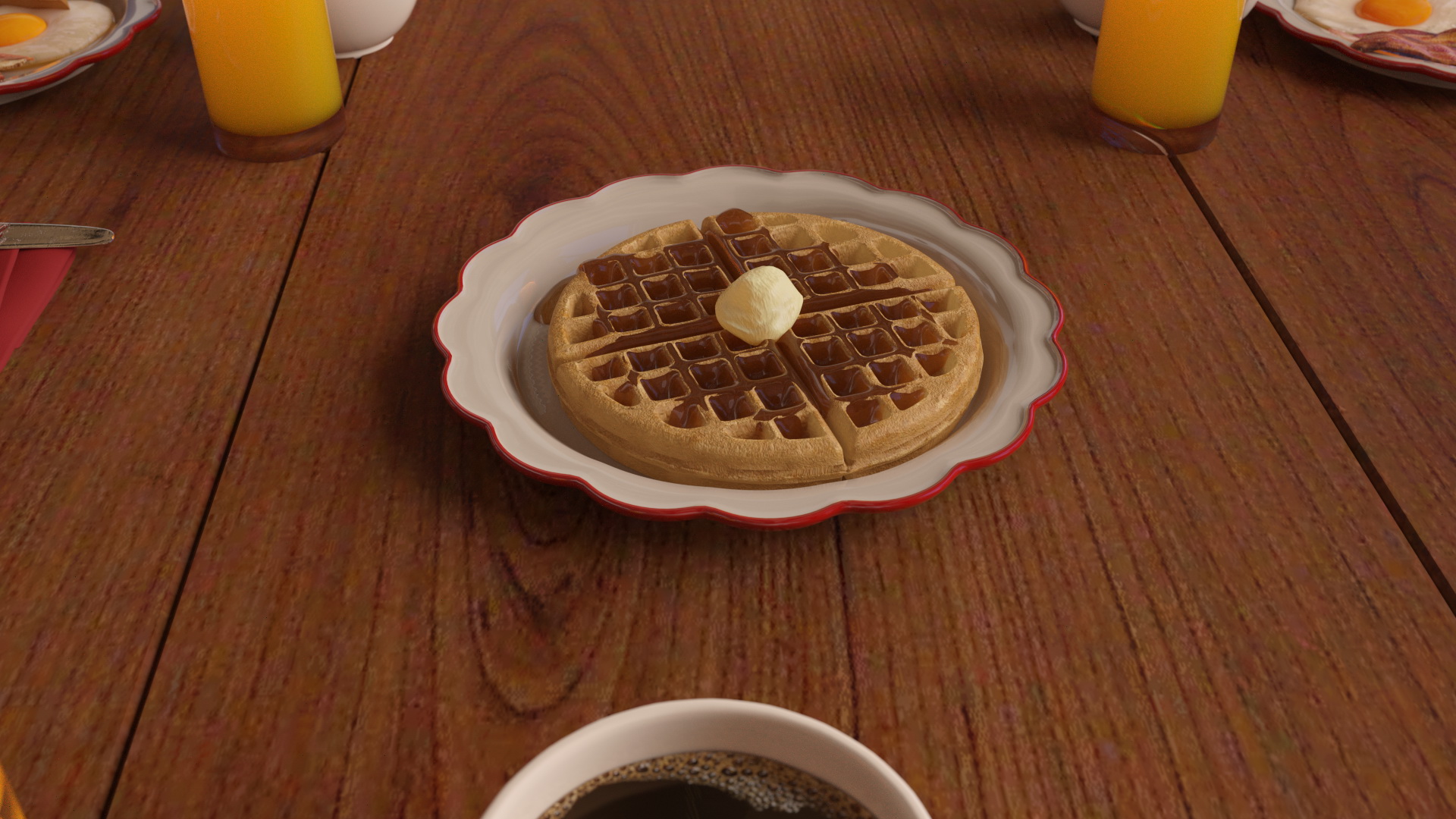 It's time for our weekly update on the development of Summer Scent.

On the render front :
Scene 4 is posed and rendering should finish tonight. It should already be finished but daz decided to spend 8 hours rendering a plate of waffles instead of processing the other files queued. That plate of waffles doesn't look bad, though. It's probably the reflection of the maple syrup that ended taking so much time to render and I hadn't anticipated that.
I've begun posing Scene 5.

Writing takes a lot more time than in previous updates, mainly because for most of the scenes I wrote so far, I actually wrote 4 to 5 different versions. You'll get to see one or another depending on the path you choose.

There are already 2 hot scenes. I'll let you make suppositions as to what character is involved and what path is concerned.

Going back to work.