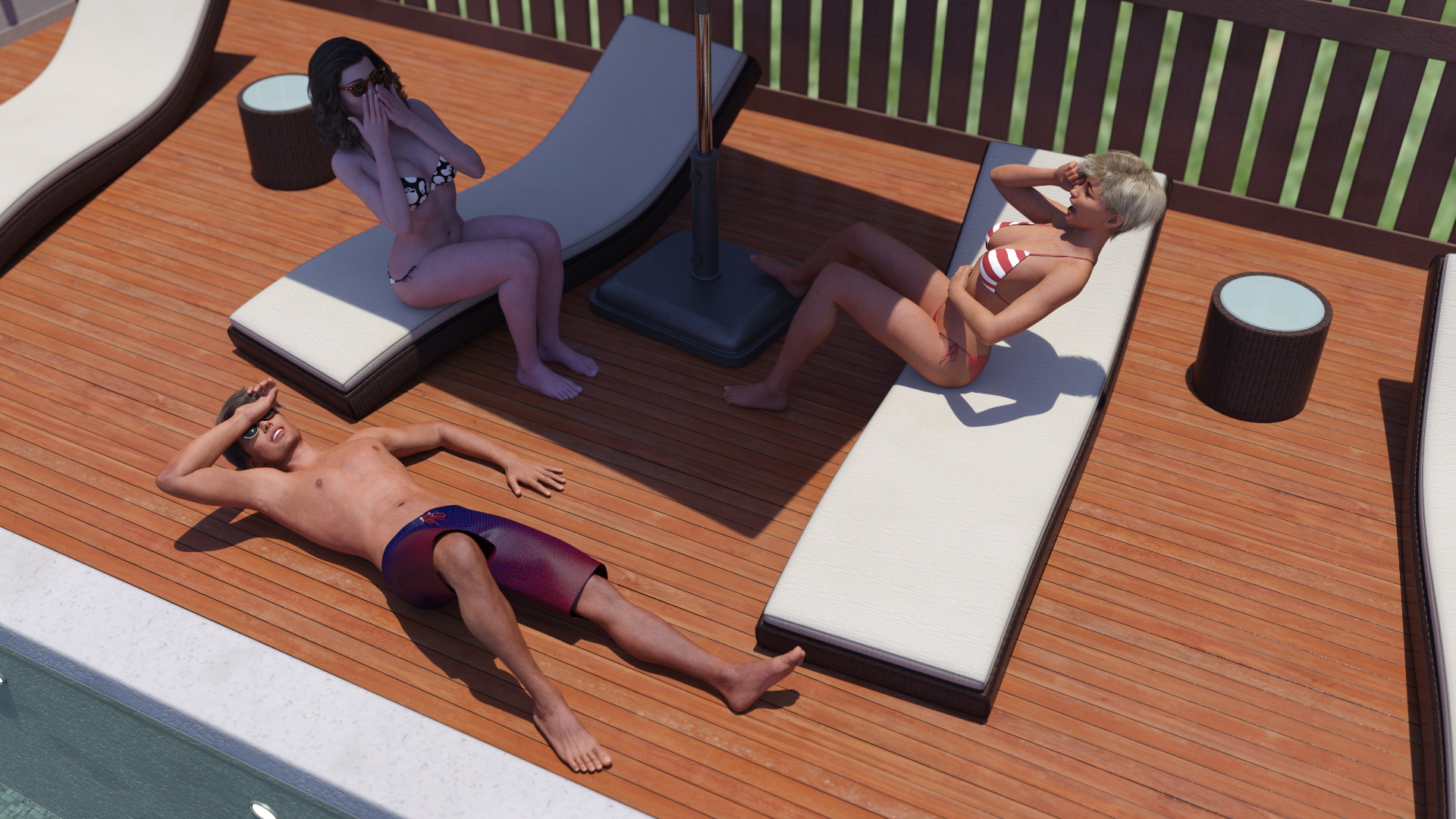 Once again, I couldn't fulfill all of my objectives for the week.
Scene 15 renders are done, Scene 16 is fully written and I'm halfway done with its posing. It's a 4000 words scene with two different versions.
On the coding side of things, Scene 4, 5 and 6 are coded and sent to my favorite proofreader. It's also a consequence of writing longer scenes: coding takes more time than I expected.

Maybe it's time to describe my writing workflow for V0.4. It may explain why it takes me so much time to release this version.

I have a map for the general events of the whole game, separated along two narratives axes: the first one being the evolution of the relationship of Jack with the girls, the second, being the story with the events with the two psycho brothers. For each axes, I have a calendar of what will happen. When I start working on a new day, I first proceed to outline all the scenes. That's the moment where I add minor events that won't have a longlasting impact on the story. Like little things that won't really matter but will make the story more believable. The outline is like a simple storyboard:  how many scenes, where, who, what, notes about dialogues, ideas about poses and movements.  I work on these notes until I have a clear and believable plan I can work with. For V0.4 it took something like a small week.
Then come the moment where I start working on the actual scenes.
I start with writing, of course. Following my outline, I can write a first draft pretty quickly (Usually one day).  Taking scene 16 example (Eve's love scene in Day 4), the first draft was roughly 2500 words long.
But I'm never satisfied with the first draft. So I rewrite it. I reread it, keep what I think is good, rework everything else. One or two days later, I end up with a second draft that I found much more satisfying. (Still going with Scene 16 example: 3500 words long, two variants.)
I then move to posing the scene. Doing so, I reread the scene, over and over, and over. Inevitably, I end up rewriting part of it again, because posing gives me new ideas of interactions which in turn give me ideas for dialogues. In the end, producing scene 16, already took me four days, with three days of writing and it's now 4000 words long (and I still have one or two days of posing to complete it).

I have no idea how other devs and writers out there work but it's my way of doing it and I hope you'll like the result in V0.4.
Honestly, I didn't take as much care of the writing for v0.1 and v0.2, for several reasons: English is not my native language, and I was very impatient to release something. The writing thing really started in V0.3. And I kind of regret it. I'm thinking about fully rewriting Day 1 and Day 2 once the game is finished.

Let me know what you think of that.
Maybe I'm writing too much?

Remains to be done :

It's almost 07 pm here in France as I'm writing this. I'm going to take a couple hours break before going back to posing scene 16.

Thank you for your support and your interest!